A spiritual insight: A study on Rudyard Kipling’s poem “IF” 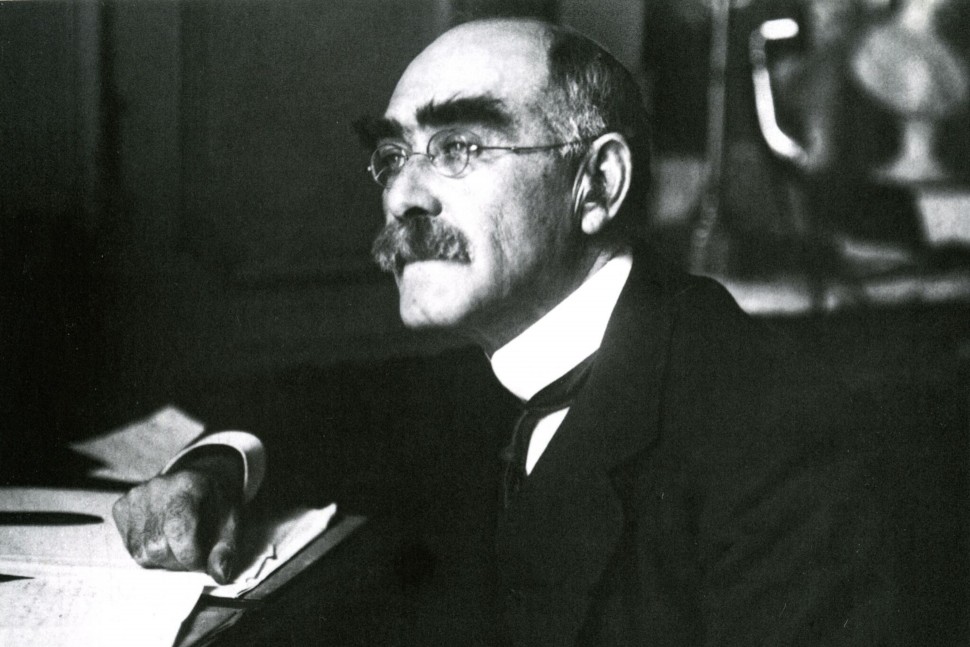 Rudyard Kipling
Rudyard Kipling’s diverse literary contributions and status as a legendary author have made him a prime subject for collectors of rare books. Undoubtedly the most famous Kipling collection was that of David Alan Richards, a New York real estate attorney. His Kipling collection, the largest in the world, contained 82% of all first editions by Kipling and was valued at $1.5 million (Dawn, 2013).
Richards discovered Kipling thanks to his parents. He opened a card from them on his 21st birthday and found the words to Kipling’s poem “If.” At the time, Kipling wasn’t favored among academic or collectors, but rather dismissed as a racist and an imperialist. But the tides of criticism have since turned in Kipling’s favor, and he’s again found a broad audience among rare book collectors (Dawn, 2013).
Richards’ own interest in collecting Kipling hasn’t waned, even though he’s donated his collection to Yale University. Even during the five-year donation process, Richards managed to pick up a few exceptional items. One of these was the first American edition of The Second Jungle Book, which has the earliest Kipling dust jacket. It’s the only known copy to exist in that condition (Dawn, 2013).
Rudyard Kipling, whose autobiography, Something of Myself, was published in 1934, died of a severe haemorrhage in London on 18th January 1936 (Simkin, 1997).
The poem ‘If’ by the India-born British Nobel laureate poet Rudyard Kipling is a poem of ultimate inspiration that tells us how to deal with different situations in life. The poet conveys his ideas about how to win this life, and after all, how to be a good human being (Maity, 2016).
The poem, written in 1895 and first published in ‘Rewards and Fairies’, 1910 is 32 lines long with four stanzas of eight lines each. It is a tribute to Leander Starr Jameson. The poem is written in the form of paternal advice to the poet’s son, John (Maity, 2016).

Rudyard Kipling’s “If” is perhaps his most famous poem. Kipling composed the poem in 1909 while living in Great Britain. It was first published in 1910 in Kipling’s collection of children’s stories, Rewards and Fairies, as a companion piece to the story “Brother Square Toes,” which is an account of George Washington and his presidency during the French Revolution (Perkins, 2005).
“If” attracted immediate nationwide attention in Britain, and it was quickly adopted as a popular anthem (Perkins, 2005).
“If” is a didactic poem, a work meant to give instruction. In this case, “If” serves as an instruction in several specific traits of a good leader. Kipling offers this instruction not through listing specific characteristics, but by providing concrete illustrations of the complex actions a man should or should not take which would reflect these characteristics (Perkins, 2005).
In modern times, “If” remains widely anthologized and is regarded as a popular classic of English literature, not necessarily for a display of artistry but for its familiarity and inspiration (Perkins, 2005).

“IF” is an inspirational poem, standing tall among the peers. I have tried to capture the spiritual insight in those inspiration lines.

If you can keep your head when all about you Are losing theirs and blaming it on you;

Though the poet is giving his thoughts on life to his son, a deeper meaning is been traced on the spiritual connection to it. The poet is trying to explain that there will be situations when people are unable to think and take hasty decisions. Such decisions could lead a drastic change in their life which may affect them in the future as well.
A thought when flows through the mind is temporary and does not stay long. When we are in a situation where we are unable to think in a wise way, so many thoughts surrounds us. A trace of negative one flow which we pick, get stringed with other negative thoughts. This forms a negative vibe which transforms the self in us to think otherwise.
To be staid when thoughts flow and be calm when others are unable to do so is been taught to his son. When others are helpless in taking a decision and they blame on you. You should not take their words or actions to your heart or mind. Let them talk as they are unable to take a proper decision. Make sure that others thoughts does not hinder your thoughts.

If you can trust yourself when all men doubt you, But make allowance for their doubting too;

Thoughts and words are so powerful to change the psyche of one’s mind. The thoughts in self need to be imbibed deeply within self. To know self is know the vacuum in silence. The self is more important than the thoughts outside. The belief in self will create the trust which will never doubt the self. When others offend you and doubt your integrity, you should believe in self. At the same time you should find the reason even for an aorta of suspicion raised on you. One should not get those negative vibe be imbibed in us which will create vacuole for traces to follow. The act of thinking and action to be performed by us should be done conscientiously with our conscience.

If you can wait and not be tired by waiting, Or being lied about, don’t deal in lies,

To achieve the goal in our life, we need to work hard with patience. Perseverance and patience is key to success. Even if you have failures one after the other, the will to succeed with perseverance can taste success. Many negative vibes when spread by others smeared with inexactitude should not be reciprocated but we need to be truthful. The verisimilitudeness should be our weapon, we need to stand for truth which should be our identity. Belief and trust are the most difficult to be earned. We have to belief and trust in self to be trusted by others.
­Positive and negative vibes are been flowing in the ambiance. The key to have a balanced approach is to remain silent when you’re forced to speak out of frustrations. The state of mind should be calm and need to wait for the negative vibe to pass through. When those traces have left, wait for the light to fall to act with perseverance. The belief in truth shall be the most difficult route to follow but when we have adsorbed the path, the self in us shall never let us down. Belief system shall be entrusted with trust and belief.

Or being hated, don’t give way to hating, And yet don’t look too good, nor talk too wise:

Hatred should not absorbed but to smiled at. When people hate us, we should not reciprocate the same to them. Instead, we need to be positive in self and spread the positive vibe around with our smile. The more you spread the positive vibe, the lesser is the negative vibe to be surrounded. The belief system shall adsorb only the necessary and leave the rest in the ambiance.
The flow with which one breath need to be the way we live. Each moments need to be enjoyed with the tide and not to be overhauled with the occasion. It is not necessary to be ostentation to show others what we are. We need to hold our words, rather than talking much of our deeds. The composure with which we use our thoughts and words are more important which decides our flow in the future. The belief system should first maintain the equilibrium and then wave out the unnecessary. Having a staid flow will allow the ambiance not getting disturbed and the negative vibe deviating from you.

We need to dream to make our dreams a reality. Thoughts which loom a large become a dream. Those shoals of thoughts we feel elated to become reality should be dreamt a lot. Those dreams are to be realistic to be achieved. Dreams can give you a goal and direction in your life. One needs to be careful in not making dreams the only thought in life. They should be an important part of our life and not the important. It should not make you forget the happiness around and forget you to smile. Dreams should make you smile and live a life with a purpose.
Thoughts flow incessantly which influence one to think. Thoughts are many to be disturbed. It is you who need to use the correct one and think. Those thoughts which make you think make the precursor for the goals in your life. Those thoughts should be carefully handled and let no other thoughts interfere in it. Such thoughts may misguide you from the path and hinder your thoughts for the correct choice to make in the corresponding decisions.

If you can meet with Triumph and Disaster And treat those two impostors just the same;

The light and the dark shades have their own trick to play in the life. We get fooled by the more positive shade which seeps quietly without others getting realised. Triumph and disasters are two imposters which hide themselves from the world to give a false impression. We give everything to be successful but in this period we get lost from self. The bad times make us weak. It gives us the big lessons of life which we forget to read. Getting success and not getting the taste of smile makes us leave a big question. Are we really happy when we achieve our goals ? These two imposters make you to learn about life, but we do not understand the real essence of their importance in our life.
We need to take these two extremities into a balanced locus. Getting the smile in the two extreme phases of life is the need in anybody’s life. Triumph and disasters are to be treated with the same degree of alacrity. Getting overjoyed or grieved with the situations can only make you emotional. One need to overcome with such illusions of life and get grounded to flow in a balance way. The belief system should be in equilibrium to be able to be grounded.

Being one of the most inspiring poem, “IF” touches those spiritual traces which delves much to know the real essence of it. The philosophical realm is connected with the traces of the spiritual entity where the poet is trying to find an equilibrium in one’s life. The life which gives us a lot of lessons can be smoothly handled “IF” we are flowing with the tide; absorbing and adsorbing the realm of the flow.